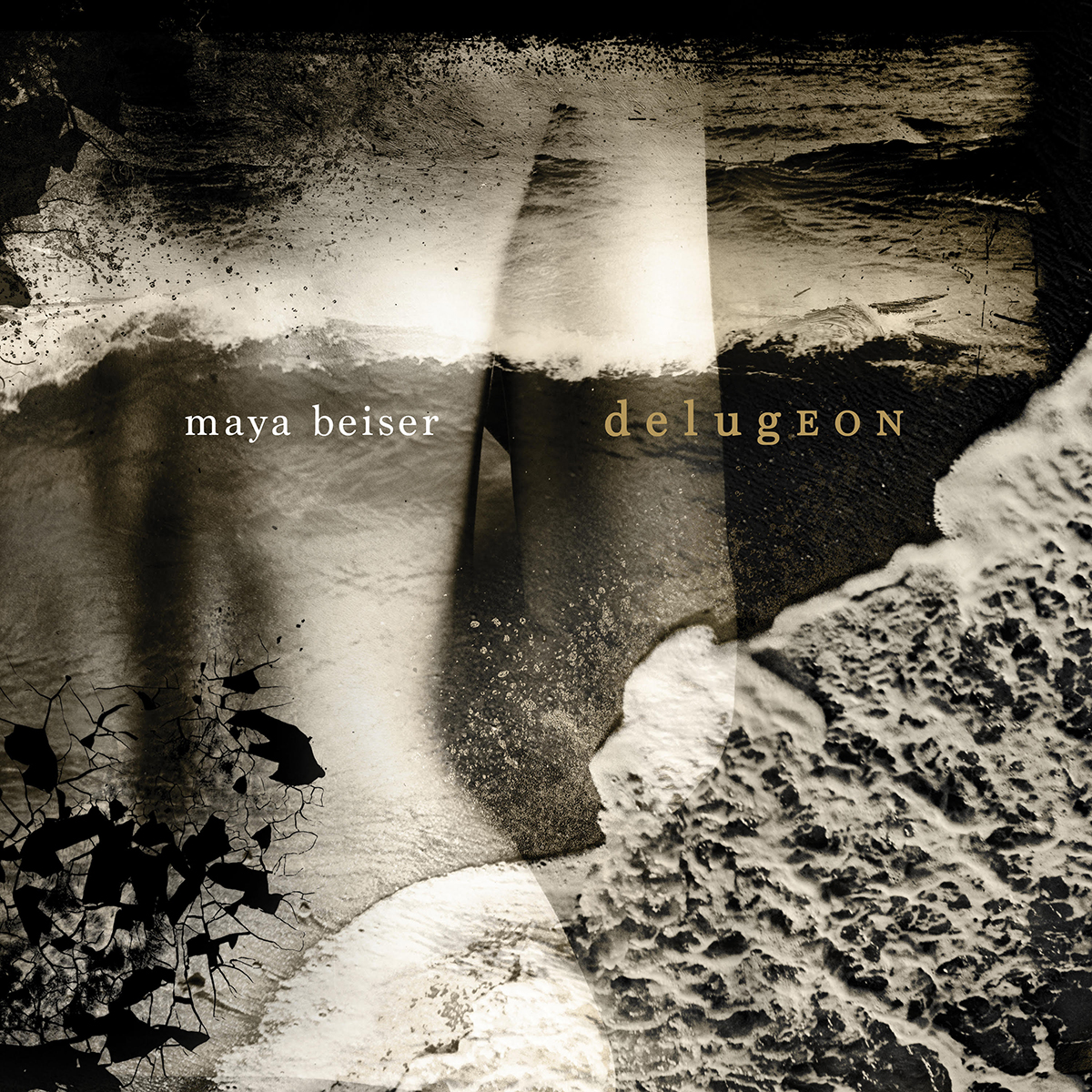 Recorded during a period of 7 days in Hudson Hall, New York, delugEON breaks away from the sterile studio environment, utilizing numerous sets of microphones situated in various positions throughout the space. The concept for delugEON began with arctic icebergs and the dark rhythms created by the sound of their near-continuous melting. As Maya listened to these sounds, she imagined the layers of her cello being permeated by the sounds of a vanishing natural world. delugEON is music that is elegiac but not hopeless. The heart of the album is in fact the heart itself: Maya’s actual heartbeat, recorded as a pulsating drumbeat to the music of Beethoven.

i have always thought of making music as an act of mining. somewhere deep, there is a vein of music. it is the observer that makes it cohere into a certain shape. the music is discovered as it is being created. it becomes a direction.

like many, i have been preoccupied in recent years with the impending ecological disaster unfolding in front of our eyes. i have been thinking of seasons, and water, and the accelerated extinction of helpless species. bound to a decaying world, it is easy to become despondent and helpless. but thankfully, music is not subjugated to the folly of man; it belongs to the universe.

the genesis of delugEON emerged from the sounds of melting icebergs; a group of environmentalists recorded ten hours of sounds made by the melting of arctic icebergs. as I was listening to these sounds, i wondered what would happen if I layered my multi-cello arrangements of centuries-old classical music masterpieces with the sounds of our dying world.

i began with Vivaldi’s four seasons. my slow seasonsjuxtaposes multi-cello layers of each of the slow movements from the “Four Seasons”with sounds of melting icebergs (winter), desert dunes (summer), oceanic winds (autumn) and the winds on Mars – as recorded by NASA (spring).

I later decided to explore layering the sounds of my heartbeat with Beethoven’s slow movement from moonlight Sonata. we used a retrofitted stethoscope to record my heartbeat as I was playing the piece. when we layered my heartbeat track on top of the music, it seemed like it had always been there, hidden within Beethoven’s eternal arpeggios.

Messiaen’s solo cello and piano movement from the “Quartet For the End of Time” is one of these works of music that live in me every day. as I set out to arrange this work for multi-cello, I was surprised to discover that the original music for this work was in a piece Messiaen had written for a quartet of Ondes Martenot (a 1920’s French electronic instrument similar to the Theremin). was Messiaen thinking about the delugewhen he called the piece “L’eau” (water)?

The leap from Messiaen‘s original score to my version for multi-cello parts was completely natural; the Ondes Martenot is quite similar in its sonority and articulation to the cello. toward the end of the piece, following the dramatic climax, i began to layer the sound of my breath within the notes of the cello. using the stethoscope to record my breathing

as it flows through the lungs

vibrating through the water

which flows inside my body’s cells.

there is no one way to be an observer of music.  each of us is entitled to their journey.