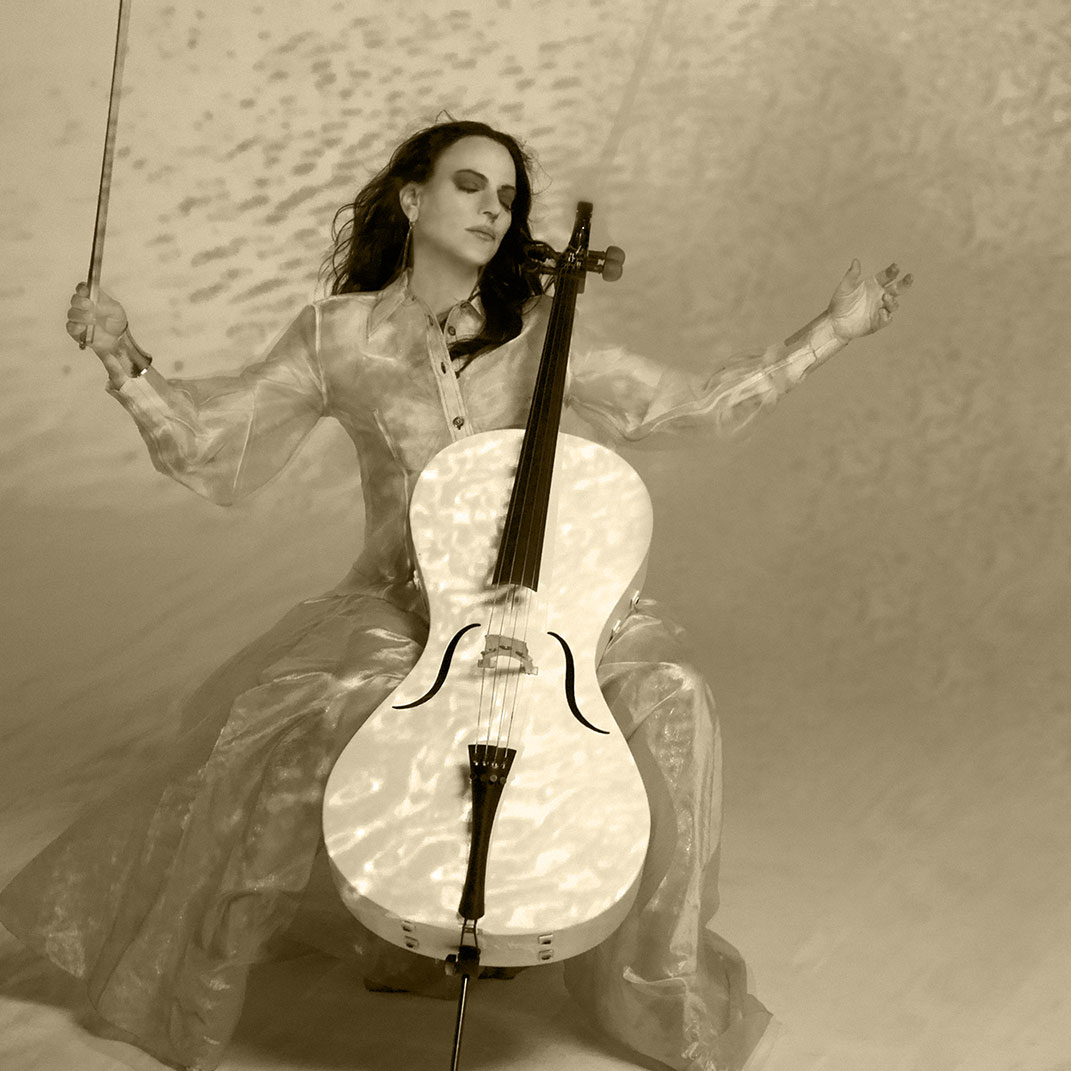 Describing renowned cellist, producer, and multifaceted artist Maya Beiser, The New York Times writes, “The adventurous Ms. Beiser has been called the ‘cello goddess,’ which is not hyperbole: She summons from her instrument an emotional power so stirring that even the most stoic audience members risk turning into sobbing sacks of flesh.” Passionately forging her artistic path through uncharted territories, Maya Beiser has been captivating audiences worldwide, bringing a bold and unorthodox presence to contemporary classical music, experimenting with various musical styles, and defying conventional norms with her boundary-crossing performances. Hailed as “the reigning queen of avant-garde cello” by The Washington Post, she has been called a “cello rock star,” by Rolling Stone and praised as “a force of nature,” by The Boston Globe.

Maya’s critically acclaimed multimedia productions World To Come, Almost Human, Provenance, Elsewhere: A Cello Opera, and All Vows have consistently been chosen for top critics’ “Best Of The Year” lists. Her recent season highlights include featured solo performances at the Barbican’s Sound Unbound and Kings Place’s Cello Unwrapped festivals in London, Cello Biennale in Amsterdam, Festival MANN in Naples, Italy and Strings for Autumn Festival in Prague; two new concerto premieres, Mohammed Fairouz’s cello concerto with the Detroit Symphony and Mark-Anthony Turnage’s Maya with the Swedish Chamber Orchestra; Bowie Symphonic: Blackstar, a collaboration with Evan Ziporyn that reimagines David Bowie’s complete final album as a cello concerto, with performances in Boston, Barcelona, New York’s Central Park SummerStage, and a 2018 U.S. tour; Spinning, a new collaboration with composer Julia Wolfe and visual artist Laurie Olinder, commissioned and premiered by Peak Performances at Montclair State University; her debut solo performance at the BBC Proms; and premiere performances of a cello concerto by the celebrated Japanese composer Joe Hisaishi at Carnegie Hall and in Tokyo, Japan. Maya is currently at work on THE DAY, a music-dance collaboration with dancer Wendy Whelan choreographed by Lucinda Childs with music by David Lang, premiering at Jacob’s Pillow Dance Festival in August 2019.

Maya Beiser is a 2015 United States Artists (USA) Distinguished Fellow in Music; a 2017 Mellon Distinguished Visiting Artist at MIT Center for Art, Science & Technology; and was recently a Presenting Artist at the inaugural CultureSummit, held in 2017 in Abu Dhabi. Invited to present at the prestigious TED main stage in Long Beach, CA, Maya’s 2011 TED Talk has been watched by over one million people and translated to 32 languages. She has been featured on NPR’s Tiny Desk Concerts and All Things Considered, PBS News Hour, and the BBC World News. Maya is a graduate of Yale University and a founding member of the Bang on a Can All-Stars. Her twelfth album “delugEON” will be available through Islandia Music Records in August of 2019.

For more info on this artist, visit:

WHAT THE CRITICS ARE SAYING

“Scorchingly inventive, with the kind of magnetic panache usually reserved for rock stars”

“A brilliant cellist with a stunning command of her instrument“