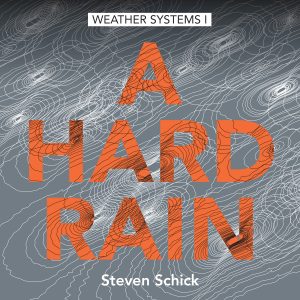 Weather Systems, the new multi-album series from “supreme living virtuoso” (The New Yorker) percussionist Steven Schick, is a set of recordings of the percussion music that has been most meaningful to Schick, which will span more than 100 years and feature a diverse set of composers. Weather Systems I: A Hard Rain will be released on May 20, 2022, and includes foundational modernist works for solo percussion by John Cage (27’10.554”), Karlheinz Stockhausen (Zyklus), Morton Feldman (The King of Denmark), Charles Wuorinen (Janissary Music), Helmut Lachenmann (Intérieur I), William Hibbard (Parsons’ Piece), and Kurt Schwitters (Ursonata) with Shakrokh Yadegari, electronics composer and performer. The 2-CD set includes an extensive personal essay written by Schick.

Percussionist, conductor, and author Steven Schick has championed contemporary percussion music by commissioning or premiering more than one hundred-fifty new works. The most important of these have become core repertory for solo percussion. The title of his series, Weather Systems, and the first album, A Hard Rain, reflect Schick’s background growing up in a farming family in Iowa, always having one eye on the weather and in particular, on the rain. In his liner notes, he describes the way a deluge can lead to rebirth and relates that to his experience of the pandemic. “As I once learned to value erosion – the earth’s way of forgetting and cleansing – I am grateful that many of the trails I tramped habitually in a life-time of professional concert-giving have been washed away,” he writes. 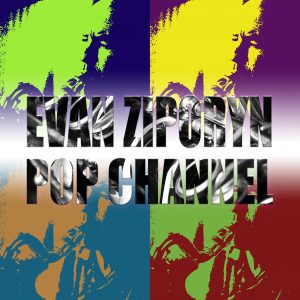 With POP CHANNEL, award-winning clarinetist and composer Evan Ziporyn does the impossible, taking us on a wild ride through iconic pop songs spanning 5 decades, all reimagined through his clarinet, or rather a compendium of clarinets – arranged, layered, and performed by Ziporyn. Pop Channel takes us through sonic landscapes from 45 years of pop music history.

At the epicenter of Pop Channel is a fierce, virtuosic solo bass clarinet rendition of Jimi Hendrix’ incendiary live “Woodstock Improvisation,” with Ziporyn channeling Hendrix’ electric, blues-based expressivity through a unique combination of his extended techniques on the instrument and ferocious guitar distortion effects.

Charting new territories with Pop Channel, Ziporyn crates an exhilarating – and often mind-blowing – sonic celebration of some of the most iconic songs of the past fifty years. 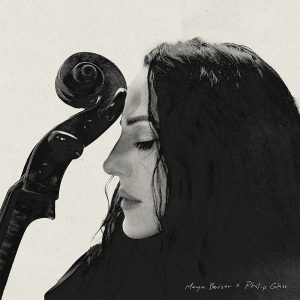 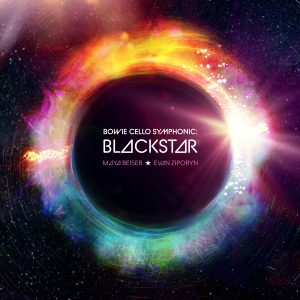 On January 8, 2016, his 69th birthday, David Bowie released “Blackstar”. He died two days later on January 10th. “Blackstar” was Bowie’s parting gift to the world, a self-eulogy, hinting at the sacred and reveling in the profane. Blackstar is a concept album, but the concept is unnamed, or is the Un-nameable itself: facing death, living in its shadow.

In this new album “Bowie Cello Symphonic: Blackstar”, visionary cellist Maya Beiser and composer/conductor Evan Ziporyn honor Bowie and his influence. Immersing themselves in this astounding music, living inside it, embodying it. Bowie’s 4-octave vocal range matches the cello almost exactly, making it the perfect protagonist instrument. Beiser and Ziporyn re-create the entire album as a cello concerto, arranged by Ziporyn for Beiser as soloist.

Accompanied by the Ambient Orchestra, Maya Beiser transforms her cello; A vocalist one moment, a lead guitarist the next, she evokes David Bowie’s spirit while never ceasing to be herself. Even in these instrumental versions, the words and their meaning hover over the music, despite their absence, much like the ‘spirit’ figure in the first song: gone, but with a trace.